"I left my country because I had problems with the government, I had a company in Armenia and corruption meant that you always had to pay to work. I've decided to stop this. What was important was to protect my family. When I decided to leave, I didn't know where to go, but I had heard about France. I imagined France as a country of freedom. In my opinion, France was the only country on the planet where freedom and equality are found.

We arrived with my wife and son in Clermont-Ferrand by bus. We went directly to the prefecture to ask for the protection of the French State. We have been well received from the beginning. We have been accommodated by the prefecture in a hotel for about one month and then we have been taken in a nearby centre for asylum seekers (CADA) that is managed by the association CECLER. Our son went to school. Then 6 months after our arrival in France, we were sent to another centre. There we met people of many different nationalities. It was very important because we had to speak French. Our accommodation was adapted and furnished. It was clean. An association, the Restos du cœur, gave us French lessons on site. Our son was still in school.

On the work side, it took a lot of will. I have chosen what I do now. I was the one who wanted to decide, I didn't want to do just anything, I had an idea in my mind. At CADA I was bored and above all I wanted to give back what we were given. I worked as a volunteer at Emmaüs using my skills in cabinet making and carpentry. The French Office for the Protection of Refugees and Stateless Persons granted us international protection and we signed the contract of reception and integration in Clermont-Ferrand. Thanks to this I was able to follow French courses while continuing my work in Emmaüs. I've made good progress.

As I had left my driving license in Armenia, I couldn't drive. It was a big problem, I wasn't autonomous and very dependent on others. My family and I were stuck, we couldn't move. It was the employment centre that financed my driving licence. I worked at night to learn all the words by heart to pass the theoretical part and I got it at the first trial. Then, when I get my driving license, I took a credit from the bank to buy a vehicle. With the car, I distributed leaflets for 26 months. The salary was very variable, the situation rather unstable. The Director Emmaüs helped me and gave me a lot of advice. I took a training course in joinery and fittings. But no one wanted to hire me after this training. Anyway, I wanted to work on my idea, I didn't want to do just anything. My friends gave me some information. They helped me understand how things work. And so I went to the Chamber of Trades to see how to create my business and I did the 4-day training. I paid for my training and I could set up as a self-employed entrepreneur. Today I work well, I am in contact with kitchen shops that call on me to assemble furniture at customers' premises.

Several things were important to me, the warm welcome from France upon our arrival, with a good accommodation. What was important was that we had a lot of relationships with French people. I would say that today 70 % of our relations are French.

Now I want to have a house, that's the next project.” 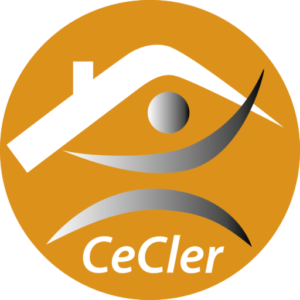